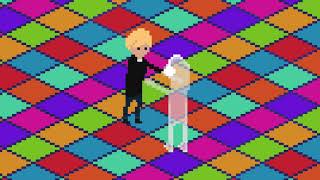 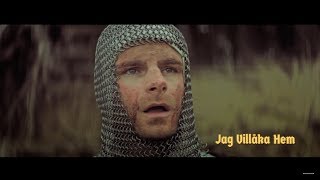 AWKWARD i - Happiest Man (at your funeral) 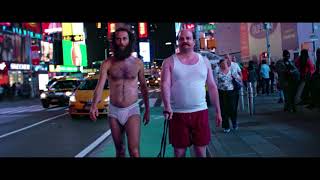 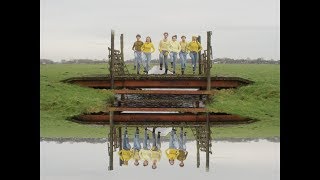 AWKWARD i - Road is Rock

AWKWARD i - Road is Rock 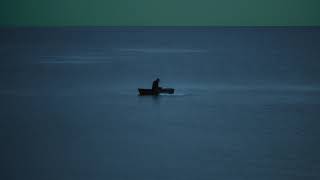 AWKWARD i - A Boat Beneath a Sunny Sky 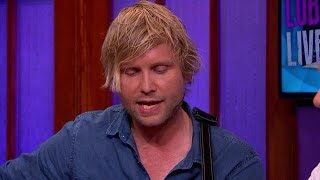 AWKWARD i - A Boat Beneath a Sunny Sky - RTL LATE NIGHT 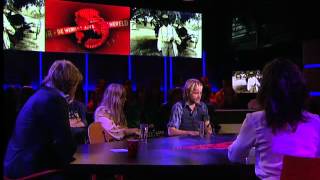 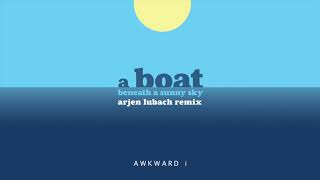 AWKWARD i - A Boat Beneath a Sunny Sky (Arjen Lubach remix) 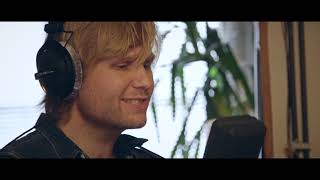 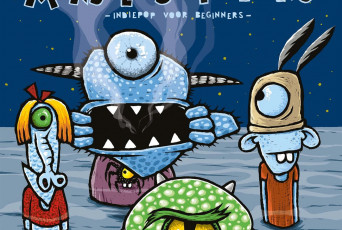 Deluxe Edition "I Really Should Whisper + Everything On Wheels" (2CD)

I Really Should Whisper

AWKWARD i, aka Dutch songwriter Djurre de Haan, has announced a new album: KYD. De Haan found the word “Kyd” in a magazine article about off-the-grid communities. “A woman had the idealistic idea of allowing her son to choose his own name. She waited until he was old enough to decide for himself. When she finally asked him, he told her his name was “Kyd”. Because, up to this point, people had always been referring to him as such.”

De Haan was instantly smitten by the name KYD; right off the bat, it became obvious to name the new AWKWARD i record after it. “I wanted to use a metaphorical language in which I could deal with plain banal events at a more universal level. KYD was just the word for it: it seems to both contain and defy a sense of meaning.” Something maybe a little less tangible and  pronounced than records De Haan made in the past. The title of his previous album Everything On Wheels, for instance,  translated literally as the Dutch phrase “alles op rolletjes”, meaning: being content and in the driver’s seat for the most part, and being flexible enough to steer clear of any obstacle you encounter. There’s always some kind of thematic cohesion palpable in AWKWARD i’s work: KYD, however, partly resigns to the notion that some things just happen beyond one’s control.

About five years ago, De Haan had a firm grip on the road he paved for himself. He was able to swerve across many facets of life – both personal and professional – pretty much with playful abandon. Next to his deft songwriting acumen, De Haan carved himself a new niche as a composer for film and theatre. He flourished into a versatile, inter-disciplinary artist, earning him two award nominations in the process. Long story short, the future was looking fruitful and creative.

Then out of the blue, De Haan found out he had– involuntarily – fathered a child. As a result, his day-to-day life fell somewhat into a tailspin. Just as De Haan got used to the idea of parenthood, he almost lost his mother to a stroke. “I was stuck in limbo, I felt I had lost my carefree existence. Just as I had grown somewhat accustomed to it, this thing with mom happened and upset everything once again. Two events – over which I had no control – shook my world. ‘Kyd’ was the magnetic term that clung to both.” KYD documents De Haan’s quest to preserve control over his own identity: the initial shock, the struggles he faced and ensuing redemption. And most importantly, all the wisdoms accumulated along the way. He engages the listener with his usual self-effacing sense of humor, his knack for offbeat-but-poignant reflections and that dense proclivity for conflating sonorous pop with lo-fi quirks

On KYD, De Haan reflects on his newly acquired role as a caretaker and tender, whilst secretly nourishing an inner wish to preserve his own childlike whims. “I was afraid, that with all these adult responsibilities, I was going to lose my own sense of playfulness. That, as a result, I wasn’t going to make a good record anymore. It kept me awake at night.” De Haan’s daughter actually helped him maintain that distinct frolicsome counterbalance to the weightier concerns; the very thing that made the AWKWARD i project so compelling to begin with.

KYD like its predecessors, often summons a chuckle, even in moments when De Haan reaches his psychological lows. Silent Disco, taking sonic cues from Randy Newman’s ‘Sail Away’, finds him fighting his own sanity amidst the carousing partygoers. Haul Away combines the drone of an Indian Surbahar with a tinge of grunge nostalgia. A Boat Beneath A Sunny Sky is a near literal citation of a Lewis Carroll poem, with De Haan channeling his own wholesome soul search for untainted beauty. The idea manifested when he worked on music for a theatre-adaptation of Carroll’s famous novel Alice In Wonderland.

Both sonically and conceptually, KYD antes up in both size, depth and scope. Opening cut Milkshakes Funnelcakes serves as a noble microcosm of the album’s main narrative. Starting with a downward spiral at his daughter’s first birthday party, the song claws its way upwards, ascending into this rousing existential crusade, unabashed of its magnanimous objective. A song that puts an assured hand on the listener’s shoulder: whatever obstacles and heartbreaks KYD will haul at you, they have since been framed and conquered.

In hindsight, Milkshake Funnelcakes leaves a pleasant enough aftertaste to explore these innermost feelings: sometimes compassionate, sometimes confused – sometimes really really dark – but in doing so, the album never wallows in these sentiments. De Haan simply can’t help but to put his quick-witted and wry lyrical stamp on these songs. KYD has become a celebration and a victory, ticking all the boxes of what makes a great AWKWARD i record and then some.

KYD will be out into the world in February '18 on Excelsior Recordings.