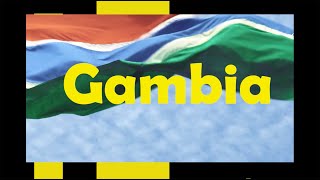 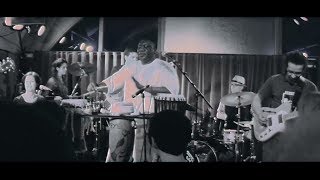 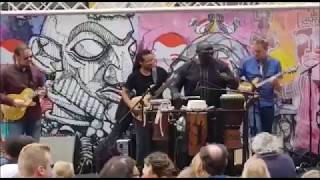 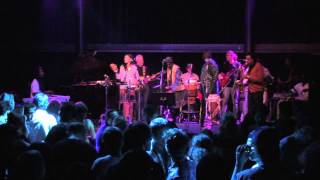 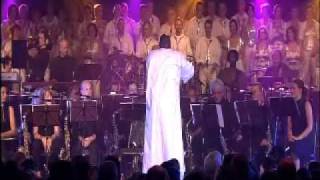 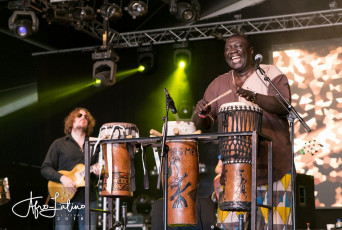 In 1999 Gambian griot Ebou Gaye Mada founded Boka de Banjul in its early form from jam sessions with various musicians. Back then the full name was Boka Halat de Banjul, carrying the message of Boka Halat which means 'joined ideas’ in Wolof. The combination of the various band members, their ideas, their musical background and their shared passion for music became the basis of a platform for positive energy. Boka de Banjul, now based in the Dutch city of Rotterdam, combines the Gambian Mbalax with music from all over the world like Afrobeat, jazz, rock and reggae.

Anyone who sees Boka de Banjul playing live gets hit by the infectious energy. Ebou and his band play with such passion, experience and love for music that the audience is included in the rhythms and melodies through this sparkling performance. Few live bands can accomplish this level of interaction with a crowd. This talent has resulted in performances all over the world.

Ebou Gaye Mada (1975) is an impassioned percussionist and singer/songwriter from Banjul, the capital of the Gambia (West-Africa). He comes from well known Senegambian Griot-families Gaye and Mbye, who are singers and percussionist up to today. As from an early age he started performing with his family and started traveling the world with several and diverse bands one of which was the legendary Gambian band Ifang Bondi. They were the initiators of the Afro-Mandinka beat, using traditional instruments like sabar in West African pop music.

Based in The Netherlands, Ebou Gaye Mada joined Kara Dara, a Caribbean, Funky, Jazzy, Poppy celebration of African music. In 2002 he formed his own band ‘Boka Halat de Banjul’ which means ‘Joined Ideas’. The band represents every encounter that he had in his life as an artist and performs West African pop and Mbalax from Senegambia. Since 2007 Ebou is the percussionist and lead singer of the famous band Mdungu, an Afro-jazz formation from Amsterdam. They recorded two albums. the first one, Afro What?! Was produced by Justin adams. Their second album, Gambian Space Programm, was Ebou’s singing debut. It was nominated for the famous Dutch Edison Award (category World Music).

The traditional Sabar music brought Ebou Gaye Mada to every corner of the world where he met great artists and mastered various music styles. As no other he now knows how to gently enrich each piece of music and still honour his roots. In contrast with this discretion Ebou has a great capacity to passionately drag his audience into his contra-rhythm solo’s and rousing rhytms. And if the rhytms didn’t get to you yet, his powerful baritone voice will. His humble style and infectious energy made him popular with both music lovers and music makers. Some bands call him their ‘secret weapon’.